Out and About Orvis Style 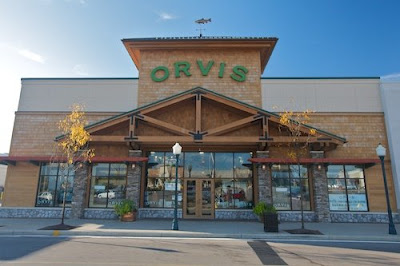 ORVIS DAYTON
It all started on Friday....I left the Cleveland Ohio area and headed for Toledo Ohio about 2.5 hours from where I live.  The plan was to hit Greg's house for the night and learn a bit from him about the art of tying flies on tubes.  Then we would get a nights rest before we headed for Dayton Ohio where we were scheduled to be presenters for the local ORVIS store.  Greg would be the featured fly tyer while I would be making presentations on Steelhead as well as destination trout trips. 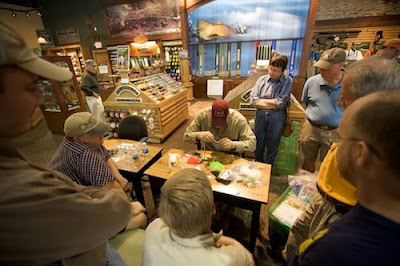 GREG DEMONSTRATES HOW TO TIE ON TUBES
Here Greg is demonstrating how to tie Scandinavian stye tube flies on Eumer Tubes.  Greg has recently been named to the Eumer fly tying staff and currently represents the eastern half of the United States. 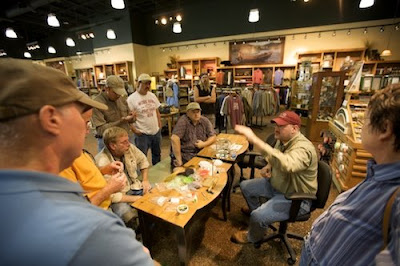 Aside from the demonstration side of tying on tubes, Greg also spoke about the benefits of fishing the non conventional tube flies....especially on the swing on steelhead alley. 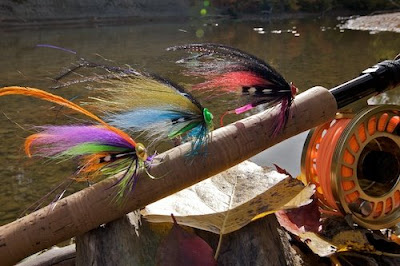 SCANDINAVIAN TUBES READY FOR FISHING
Here are the final Scandi's ready to fish.  Keep in mind that these aren't presentation quality flies.....these aren't for behind glass, these are for the end of your line where Steelhead strike, thrash and crush your fly at the speed of a fast moving truck!  Oh yeah, swinging big flies for big fish is where it's at.
Our trip to Dayton was a success and then we were off for a similar day in Detroit the following day.  Thanks to all who come out and took the time to be a part of the day.  We had fun and look forward to seeing you on the water.
Patrick "Flybum" Robinson
Head Guide
Steelhead Alley Outfitters
Posted by Steelhead Alley Outfitters at 8:10 PM