Get Your Licks In...

Friday I was out scouting, fishing and generally enjoying the beautiful weather and and spectacular fall scenery. 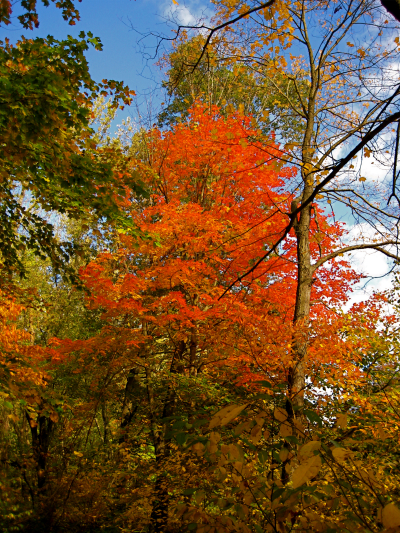 I was hoping that the .78 ths of an inch of water that fell in Ashtabula County on Thursday night would pump a little life in the eastern Ohio tribs. Oddly enough, everything was still fairly low and clear. Seemed like yet again the headwaters of our tribs had been passed over as the rain hugged the lake shore. 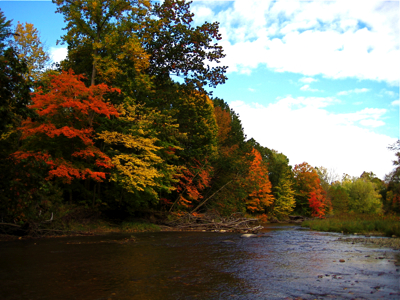 Even though, the combination of what little rain did fall with cooler air temperatures was all the encouragement the fish needed after having been stressed out all week in hot, shallow water. As I fished through the morning and into the better part of the afternoon, small pods of fish were shooting up every run and riffle. What seemed like easy pickings quickly turned into hard work to convince a couple of fresh fish to take a short detour from their biologically driven pursuit of the perfect love shack somewhere upstream. 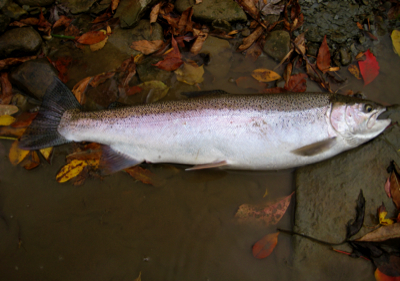 Imagine my surprise when I showed up at the river on Saturday and it was at normal volume and off color! Apparently not all of the headwaters to the tribs had been overlooked by Thursday's storms. But where were the fish? So easy to spot the day before they could be scattered anywhere through the river. We would have to "run and gun" until we located a pod of fish. Heading upstream we quickly fished through several stretches of river with no reward and slim indication we were even casting over holding fish. Finally, having given up trying to guess how far a steelhead can travel over the course of a night and part of a day we headed down river to the mouth to intercept fresh fish headed upstream. 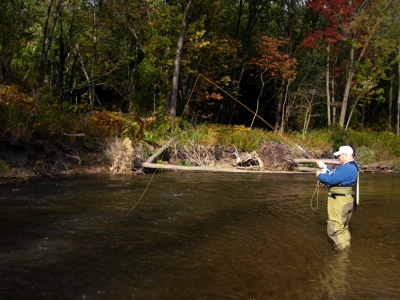 A change of scenery was just what the fish doctor ordered and within a relatively short period of time we located and convinced several steelhead to come to our flies. 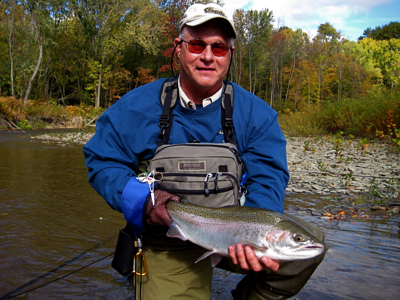 So, what did we learn? First, make sure to check the weather, guage, and rainfall of the headwaters. Second, it's better to intercept than chase. Third, if it ain't working then change - change flies, change technique, change location. Just CHANGE. Fourth, persistence pay off.

Remember, it's still early. The leaf hatch is just getting started and it will take one or two stiff storms to blow the rest of them down and then clear 'em out. So until then, don't expect too much and get your licks in when you can...

Posted by Steelhead Alley Outfitters at 12:27 AM

Email ThisBlogThis!Share to TwitterShare to FacebookShare to Pinterest
Labels: Ohio Steelhead, Will Turek